The word Namaste indicates greeting guests, and it is widely used in Indian culture. The word has an appropriate use in India. After the spread of Coronavirus, the word is used by foreigners as well. This word is commonly used among the people of some countries. Let us take a glance at the following part of the article to know which countries use it to greet others.

History of the origin of the word Namaste

The word Namaste has its roots in the Sanskrit language. The words ‘Namah+te’ means bow to you. By combining the two words, the Namaste word is formed. Other words used for greeting in India are Pranam, Namah, and Namaste. The word Namaste is used in countries like South Asia.

When to greet saying Namaste to others –

Difference between Handshake and Namaste –

Why is Namaste considered an appropriate form of greeting in science –

While people shake hands for greeting each other, some of them may contain the virus in their hands that pass on to the other one. In this way, the virus is transferred from one person to another and enters different bodies.

Like the Indian culture, Namaste as a greeting is more prevalent compared to shaking hands. There is a scientific reason for it. There is a continuous flow of energy in a human body, among which some energy is positive while others are negative. When two people shake hands, negative energy from one body enters into the body of another person while coming in contact. In the same way, positive energy is also transferred from one body to another. As negative energy enters another body, the person will suffer as a result of this.

Energy is of great importance in the human body, and therefore, there is an age-old tradition of Namaste among human beings, which is appropriate as per science. Therefore, this form of greeting is suitable in Hindu culture.

The currency of Namaste is Anjali Mudra.

However, this mudra is known as Anjali Mudra used to greet individuals, pranam, Namaste, and others.

Therefore, in Hindu culture, the Namaste posture is the suitable one as it can reduce the chances of harm that can spread from shaking hands with each other. So, Namaste has been included in our culture and it is widely practiced among individuals.

Other uses of Namaste

Namaste is used widely in the different Indian subcontinent and in the place where people belonging to Southeast and South Asia have originated. The other word of Namaste is Namaskar, a respectful form of greeting each other when meeting after a long time or meeting for the first time. This is a gesture of gratitude for any help offered or given to another person. If you wish to thank the person, Namaste is a suitable gesture to show.

Namaskar includes 16 upacharas inside temples or the place of worship. According to scholars, Namaste is used to greet guests or any other person. Through Namaste, one can express the gratitude of respect, love, honor, courtesy, and hospitality. It can be used as form of goodbyes. In ancient Hindu Script, it is Taittriya Upanishad which means treating your guest like a god.

Also, Namaskar is among the six forms of Pranayama, it is used in different parts of India.

Namaskar or Namaskaram is known to be the common form of salutation in Hindu culture. People can use this gesture to respect others and show devotion to god. The gratitude or respect is shown to teachers, elders, priests, scholars, guests, and people of higher authority. It looks like a social custom and mechanical when it is done without any emotions.This practice is common among people since the ancient Vedic times. It is not related to any ritual worship like meditation or Dhyana. People tend to practice this when they listen to discourse, visit a sacred place, or wait to get a glimpse of a deity in the temple.

Among the Hindus, there is the custom of touching the feet of elders as a sign to take blessing from them and show them respect. It is also them for deities to show some respect. This is almost the same as that of traditional namaskar.

As an intense form of salutation, it is known as Sashtanga Namaskar. This is done including eight organs of the human body in which one has to prostrate in front of deity by bowing down the whole body. In this, one has to turn head towards the floor and stretch hands towards the top of the head. This practice helps show surrender, reverence, and the like. Therefore, it can be said that there are different forms of Namaskar that are in practice among the Hindu culture.

Some significance of Namaskara 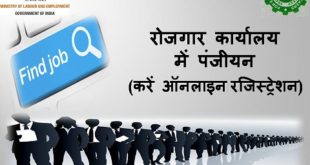 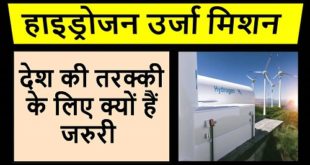 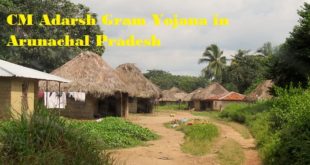